ARCHITETTO POLEMICO
LABORAMUS PRO NOBIS
What's this? @polemicarc
EEAB-day-17
EEAB - ECOLE D'ETÉ D'ARCHITECTURE DE BELGIQUE 2022
—DAY XVII—
[ Index ]
Today, big visit to the Castle of Loppem! I'd like to write some essay for you on the history and evolution of the castle, but the available time for blogging is what it is, so...you get the brochure that they distribute to every visitor, here in the foldable text:
Brochure 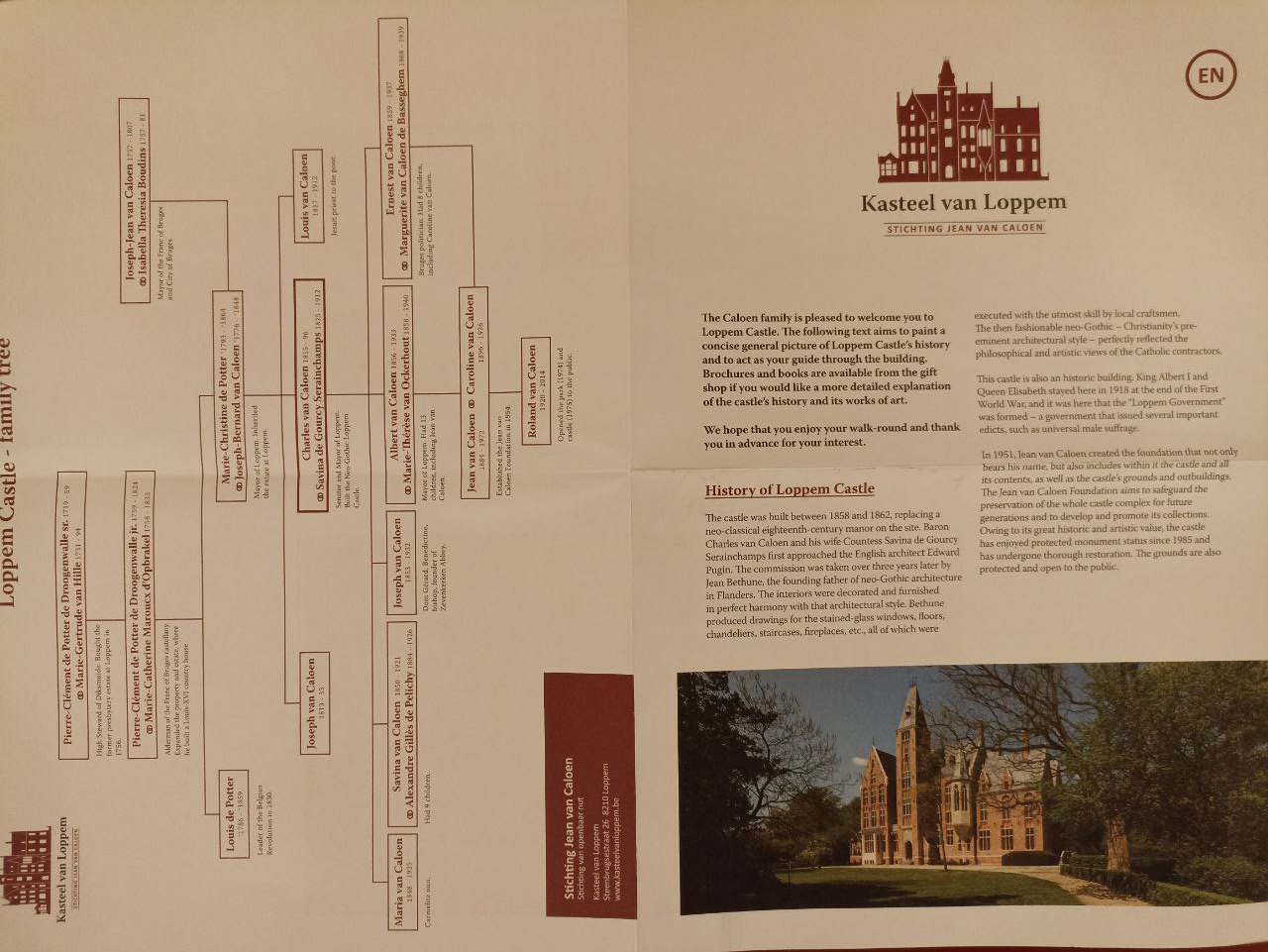 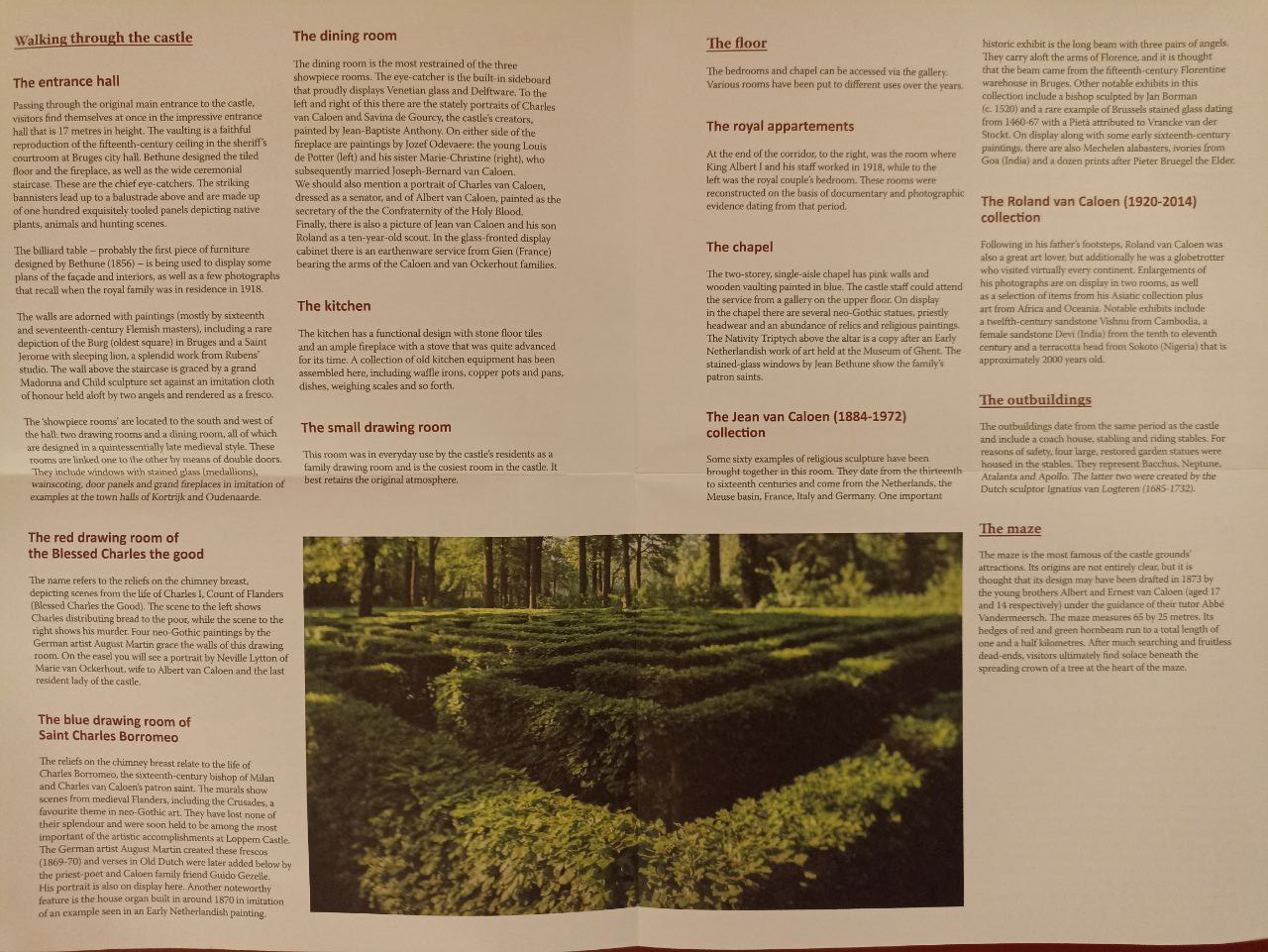 We start the tour in the spaces open to the public, along with a group of funny Americans that quickly leave the place after a relentless series of "wow" "woah" "cool" "maaaan" "lookatthat".
And now... some extra content that you will never see as a regular visitor, because we convinced the concierge (NO, she was NOT the concierge, she was the Baroness herself! It was the real concierge who was behaving like a baroness!) to open up for us some secluded space...such as the tower (!) and the roof space (!!!).
The tower is accessible through this stair (which contains a closet full of Commodore 64 if anyone is interested! We know it because we stuck our nose in every single corner).

Once you reach the top floor...
But there's something else! If you want to become architect, prepare yourself to dive into spiderwebs and such...the Hell's Bells await, my young pupils!

COOL, EH?
And it's not over yet... we enter the roof space to admire the carpentry:
Some engraved/stamped bricks

Close view of the ardoise roofs. 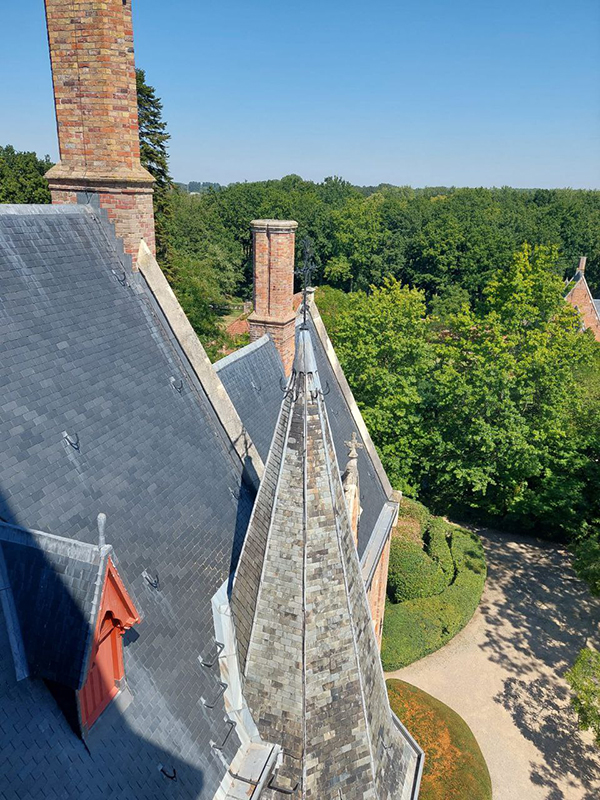 Then we went to the labyrinth. Guys, it's not a joke, it's a DIFFICULT labyrinth. We even helped a little girl to find her family. For real. One hour later we were out of it. 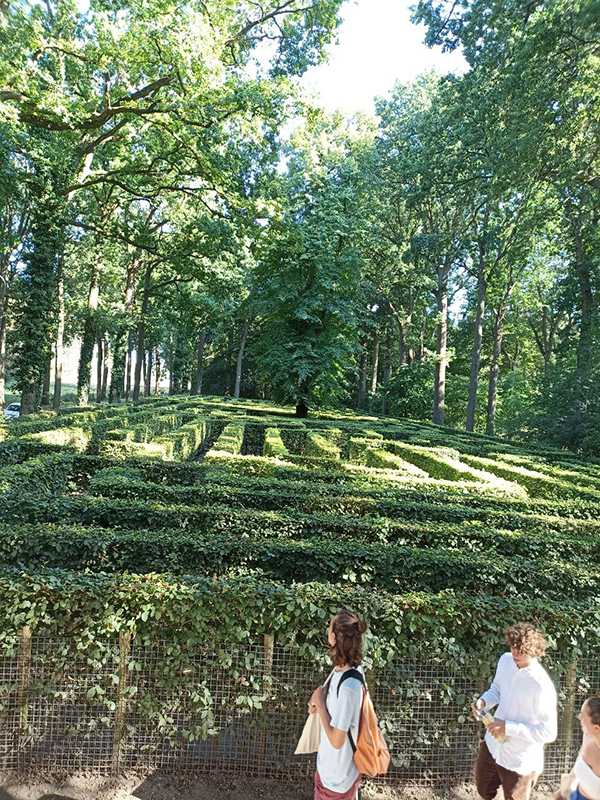 And for today it's done. I suggest you to visit this place, get out of usual touristic routes!
Tomorrow carpentry lessons! I'm soooooo excited and exhausted, therefore I head to the couch to collapse there!
#  @EEAB @Bruges
Posted: 10/08/2022 22:23 — Author(s): Polemicarc
x

No responses yet ...
Be the first to write a response. ↴
API v1.15
ARCHITETTO POLEMICO | WHAT'S THIS? | FORUM | @POLEMICARC

[YOU ARE NOW LOADING THE ARTICLES IN ENGLISH LANGUAGE - more contents on the main site in Italian]
By proceeding further the user approaches a place of free speech and critical thinking, decontaminated by tracking cookies, Google Analytics and ads.
The user declares te be individually responsible of any own-generated content.