We're heading to the Burg of Bruges, where to stay the whole day sketching and visiting the noteworthy buildings there.
The Burg is the original core of Bruges, something that Pedro Palazzo explained, using it as an example of an organic urban development.
Thanks to the permanent exhibitions hosted in the city buildings we could access amazing interior spaces and explanations on what happened to this square: the destruction of the church that was hosting the mortal spoils of Jan Van Eyck by the French revolutionaries, the remake or expansion of many public buildings, and so on. 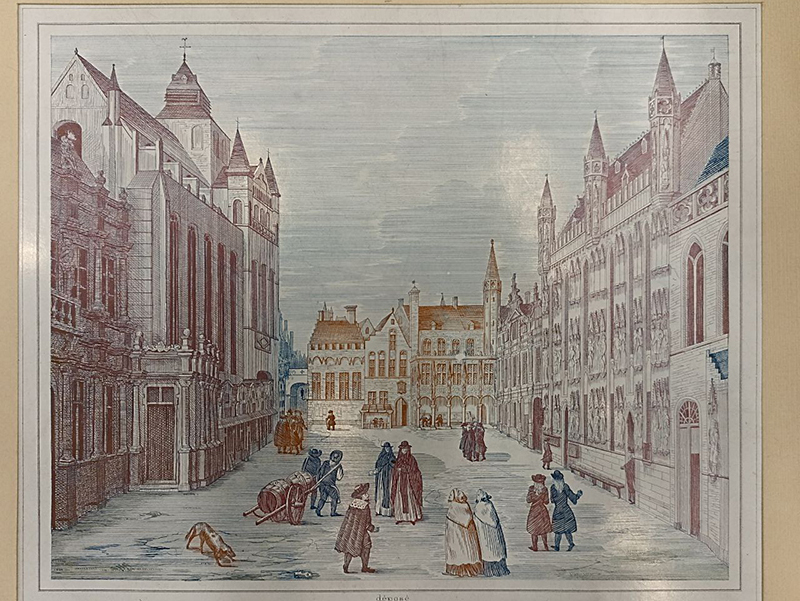 To get an idea: on the left there's a void now in place of the church. In front of it, on the right side, there's still the town hall. At the end of the square, in front of the observer, that building has changed a lot, but there's another that didn't change at all. That building is the first one of the whole Flanders to be made in the so called «Flemish Renaissance Style», although it retained a gothic structure, and is the one on the right corner just after the city hall. There, it was possible to visit the judicial chamber:
In the city hall itself, we had access to the assembly hall:
The assembly hall.

The inscription on the chimney declares the freedom of
all the citizens and craftsmen of Brugge for the eternity. 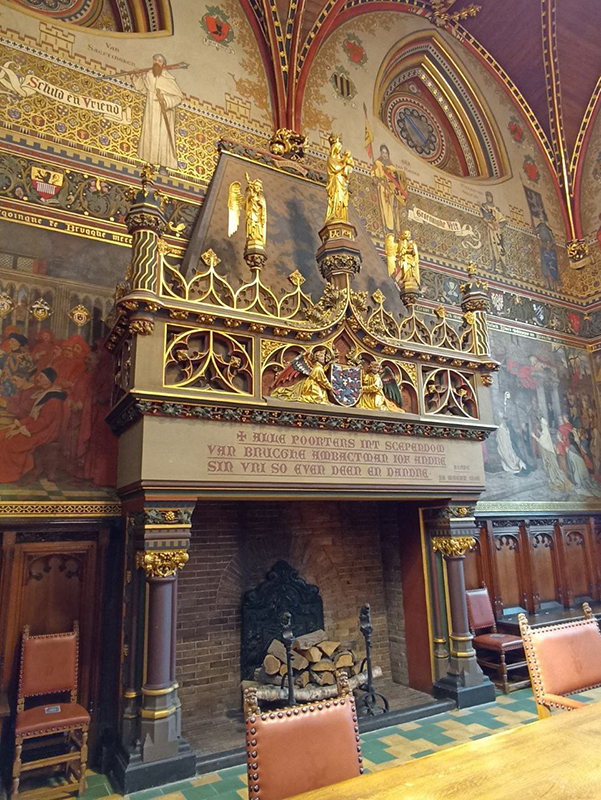 There is even the section dedicated to Gent... 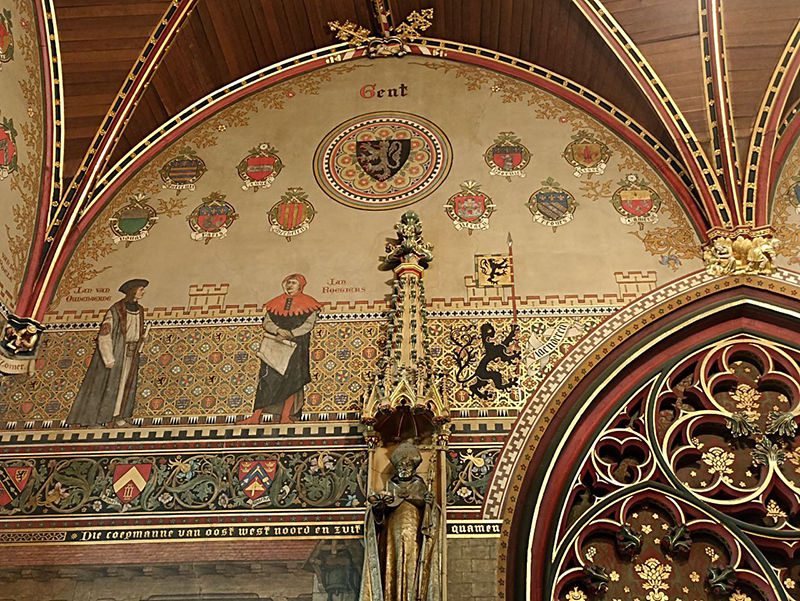 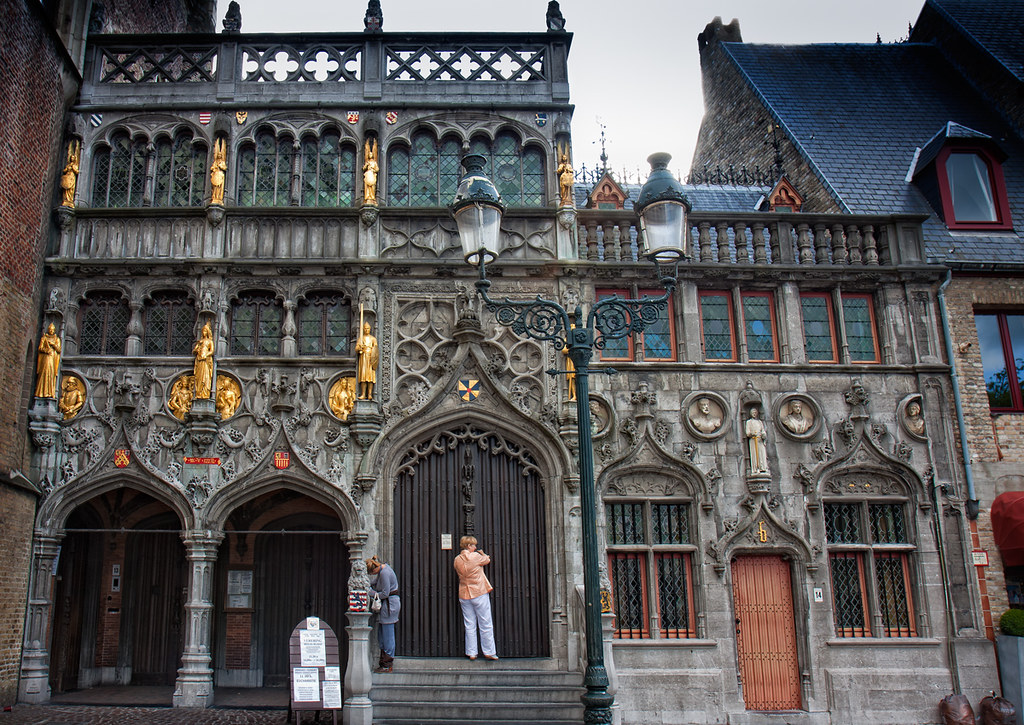 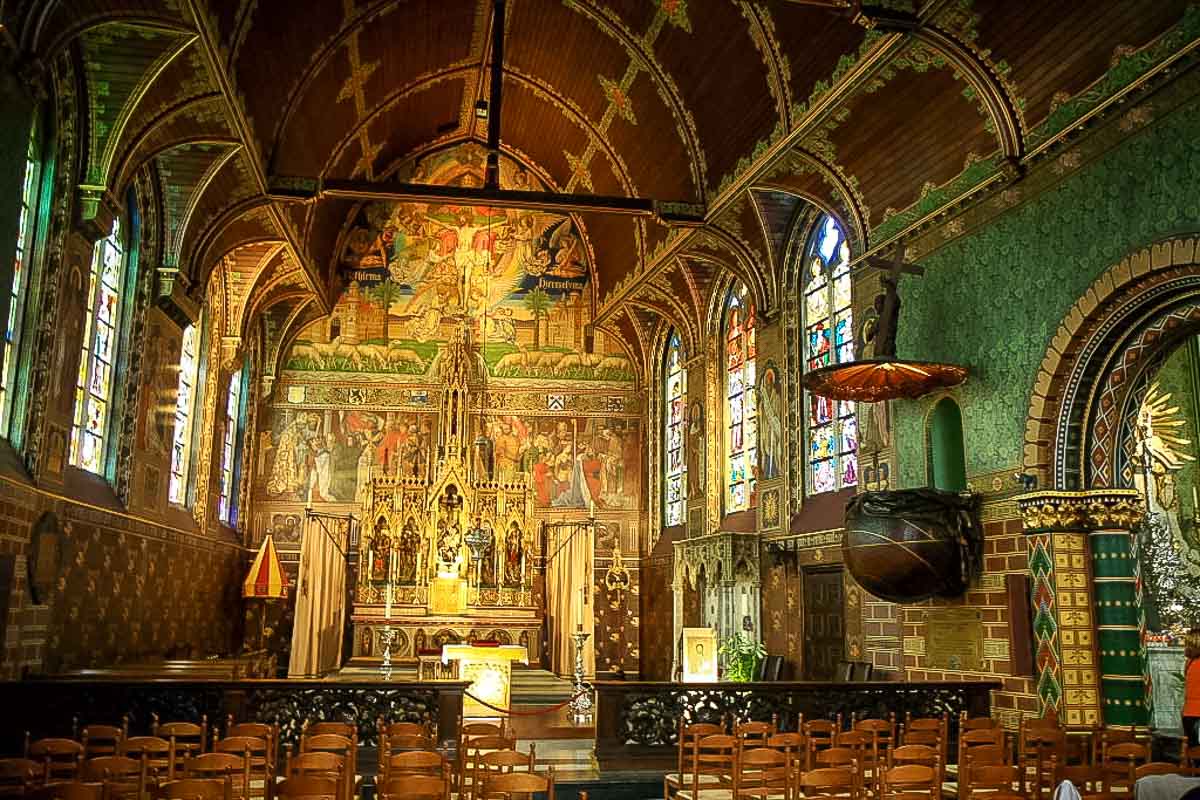 ...and after that...drawing again!
I think that I am well steamed up for today. Didn't even manage to finish my drawing as it was tooooo complex. Tomorrow we should finish our tile that we started on Saturday, but I hope to have another occasion to work on my drawing of the Basilica (a total mess, it's really complicated to draw, I mean, look at the facade that I posted above!).
Again, I am going to sleep quite late.
#  @EEAB @Bruges
Posted: 01/08/2022 23:58 — Author(s): Polemicarc
x

No responses yet ...
Be the first to write a response. ↴
API v1.15
ARCHITETTO POLEMICO | WHAT'S THIS? | FORUM | @POLEMICARC

[YOU ARE NOW LOADING THE ARTICLES IN ENGLISH LANGUAGE - more contents on the main site in Italian]
By proceeding further the user approaches a place of free speech and critical thinking, decontaminated by tracking cookies, Google Analytics and ads.
The user declares te be individually responsible of any own-generated content.